I’ve raved about it often enough that readers would know how much I enjoyed Anthony Ryan’s ‘Raven’s Shadow’ series. The trilogy is focused on the fate of the Unified Realm, a land where the ‘Faith’, a religious order, works in close tandem with the ruling family to maintain order and unity in the kingdom. When the lead character, Vaelin, finds out that the Faith may not be all that he’s been taught it was, things go spectacularly awry.

It’s a wonderful series, and brilliantly written, and a must read for fantasy fans everywhere. I was thrilled when Ryan agreed to answer some of my more technical questions, and give readers a peek into what went into the crafting of his very detailed, absorbing world.

1)A fairly traditional question first! Who were your biggest fantasy mentors, growing up? 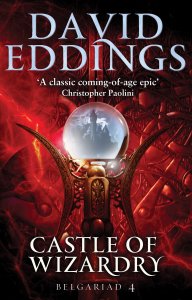 Fantasy really began for me with The Book of Three by Lloyd Alexander. In time I graduated to Tolkien, Stephen Donaldson and David Eddings. Later in life I discovered Robin Hobb, George RR Martin and David Gemmell, all of whom have been a big influence on my work.

2) How did the idea of the Raven’s Shadow series come about?

I don’t recall a single point of origin for the story, but I do remember it coming together in a nascent form sometime in the early 2000s. I’d conceived an early version of Vaelin as a character and had a vague idea about the course of his life and the world he lived in, but it didn’t start to gel until I realized he was part of a militant religious order. The 9/11 attacks were a recent memory and notions of religious conflict were also at the forefront of my mind, which probably had an influence on shaping the story. However, the biggest influence came from my reading of history.

3) You moved from self publishing to the more traditional route—how was the change for you?

It was a big decision to make. Blood Song was selling very well as a self-published book at the time and there was no guarantee that it would see the same level of success if I took a traditional deal. However, after weighing up the pros and cons I decided the series would only reach the widest possible audience if it had a major publisher behind it. Luckily, the series as a whole has gone on to sell over 300,000 copies in the US and UK, so I’ve yet to have any regrets.

4) The action of your series takes place in a well connected yet incredibly diverse world. Some of the empires you described—the Far West, for example, or the Unified Realm—seem to have echoes of our ‘real world’. Was it a conscious decision to model them thus?

The great thing about fantasy is that you can borrow from the real world and you don’t have to be completely accurate in how you depict it. I’m quite happy to mix and match as the story requires. The Unified Realm shares many similarities with late-medieval / early 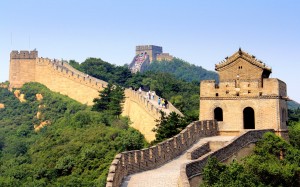 Renaissance Europe, but neither is it a carbon copy. Ancient China is an obvious inspiration for the Far West and pre-imperial Rome provided a lot of material for the Volarian Empire, but then so did Nazi Germany.

5) The Faith, and faith in general, is very important to the series. It is a much more recognizable pillar of your world than it is in fantasy series, like Harry Potter or The Lord of the Rings, though they too deal with the questions raised by belief in a higher power. Would you like to comment on this?

Religion, or some form of ritual observance, has always been part of human culture and a huge influence on the course of history. I took the view that, if this world was populated by humans, then religion would be a big deal there too. Dealing with notions of Faith, which is something everybody experiences differently, also provides great scope for drama and plot development. I wanted to explore Vaelin’s changing attitude to his faith as his 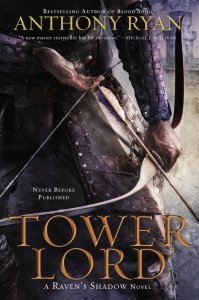 preconceptions are continually challenged by contradictory experience. However, I was keen to avoid any lazy allegories about faith versus secularism. I think to think such things are presented as being just as messy and unresolvable in my pretend world as they are in the real one.

6) Did you have a favourite character while writing the books?

It has to be Vaelin, he’s my first born after all and I’ve been with him the longest. I did develop a great fondness for the other principal characters as well, though.

7) Was there any one particular storyline that you found difficult to write, for whatever reason?

Lyrna’s journey was pretty difficult to get right, especially in the third book. She’s probably the least sympathetic of the main POV characters, but then she also has the toughest job and I put her through some terrible experiences. The biggest challenge came in capturing her vulnerability whilst also doing justice to what a formidable human being she can be.

8) You take some bold decisions in your books, and choose, often, not to follow certain conventions or pander to expectations. Was this also a conscious decision, at any level?

I just don’t want to be boring. If I’ve seen it before I try to avoid writing it and there’s a certain joy in confounding expectations. Formula is often comforting and, when done well, can be rewarding, but I’m always looking for the next surprise.

9) How did you go about building your amazingly detailed world?

I did some pre-writing before beginning Blood Song, but not a great deal. Because I’d been thinking about it for a long time, large parts of the world were already in my head waiting to come out. But I’d guess about two-thirds of the history and geography was invented during the course of writing.

10) And finally, what excites you about working in fantasy today?

I guess what excites me most in the fact that I get to make a living writing in a genre I love. I often wonder about writing a novel set in the real world and worry I’d find it too constraining. Fantasy offers complete freedom bound only by the author’s imagination. I’m also fortunate to be writing at a time when the genre is really taking off, thanks in no small part to the ‘Game of Thrones’ TV series.

1 thought on “Crafting a World: Interview with Anthony Ryan”