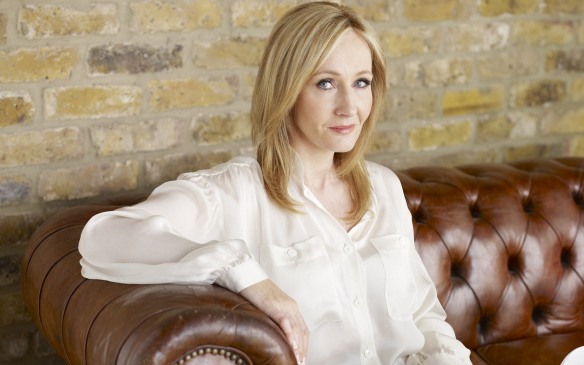 A few days ago, J K Rowling began releasing a series of short writings called The History of Magic in North America. These pieces (of which there will be five; four are out, as of the writing of this post) provide snapshots of the development of the wizarding world in what is now the United States, setting the tone for the Fantastic Beasts movies, the first of which will be in theatres by the end of the year. The movies, which chronicle the adventures of Newt Scamander (played by Eddie Redmayne), are largely set in 1920s New York, seventy years before the events of the Harry Potter series. The writings are posted on the new Pottermore website, and are available for anyone, member or not, to read.

Rowling’s first post, ‘Fourteenth Century—Seventeenth Century’, mentions the Navajo legend of the ‘skinwalkers’. According to myth, a skinwalker was ‘a medicine man or witch who has attained the highest level of priesthood in the tribe, but chose to use his or her power for evil by taking the form of an animal to inflict pain and suffering on others.’ In her post, Rowling states that the skin walker legends had their ‘basis in fact’, the skinwalkers being Animagi who were unfairly prosecuted, often by fraudulent ‘No-Maj’ (the North American term for Muggle) medicine men who were afraid of the exposure of their own lack of magical skill.

It seems, on the surface, an innocent enough tie-in to Rowling’s extended Potterverse. The backlash however, has been angry, with a number of Native American activists accusing Rowling of stereotyping of First Nations peoples, generalising specific tribes’ legends and beliefs to encompass all their differing, specific cultures, and affronting their cultural sensibilities (for a well written piece on this, go here). Criticism was only stepped up with the publication of the second in the series (‘Seventeenth Century and Beyond’), where aside from a description of ‘Scourers’, unscrupulous magic users who ‘even went so far as trafficking their fellow wizards’, the Trans-Atlantic Slave Trade is washed out of the narrative altogether.

Now, as a general reader, I don’t think Rowling is under any obligation to write a detailed history of the United States, taking into consideration all its major historical landmarks and moments and tying them into her magical narrative. However, I do see the complicated nature of this particular sally. I’m not sure whose ‘side’ I’m on, in this affair, mostly because I find the accusation of ‘cultural appropriation’, most of the time, to be a not entirely unmixed affair. But let me lay out my view on this, and you can decide where I come down, if I come down anywhere at all.

I’ve blathered on. In sum, I’ll say this: i dislike the term cultural appropriation. I don’t like putting down lines about who should be allowed to use what from other cultures. In an age where a lot of us have so much information at our disposal, so many different pantheons and treasure chests of stories to work with, I see no reason to stick to only those marked out as ‘yours’ because of an accident of birth. The longer we police other people, the longer we are policed in turn, I think. As stated, it’s all about the intent. I don’t think Rowling meant to harm anyone, simply to have fun building on a world that’s delighted so many people for years. That being said, I see why activists have gotten upset, and can only be sorry about the history that’s led to this state.