Happy New Year, everyone! I’ve been on a writing hiatus for the  past month, and hence there have been no updates. After a few weeks of cold and carbs and cousins, I have decided it’s time to slowly pull myself back into the  writing seat. Alas, time and fame wait for no one. Or well, fame does, but the  effort required to get it doesn’t appreciate breaks when they stretch too long.

This is a year of many anniversaries, but perhaps none is so important to me as this: 2017 marks twenty years of Harry Potter! Harry Potter and the  Philosopher’s Stone was brought into this less-than-deserving world in 1997, which means that the  kids born along with the  book are now legally allowed to drive, get married and (in Europe at least) drink alcohol. They might even have had kids of their own. This is slightly insane. 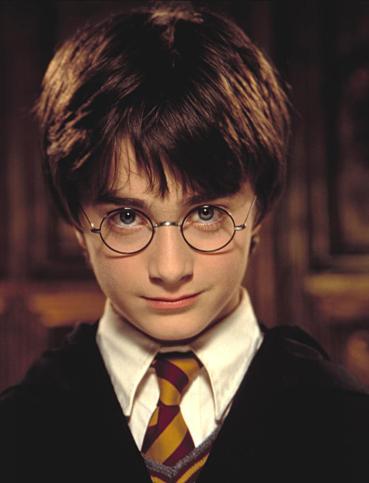 But in celebration of this all-important anniversary, I’ve decided that every month, I’ll do a long-ish, meandering, beautifully worded post on the Potter books. ‘That’s not very different from what you usually do,’ you might say, and you’d be right. But this is a conscious decision, and these posts will be planned, which, if Pullman’s His Dark Materials are to be believed, makes all the  difference, since it signals intent and self-awareness and that all important and elusive thing: consciousness. Just go with me here.

Pullman actually segues perfectly into what I wanted to talk about today: the  desire to ‘know’ oneself, and the  translation of this yearning in fantasy fiction, specifically the  fiction meant for a younger audience. I’ve spoken about this earlier, in my post on Ron Weasley. I was a teenager when the  internet arrived at home, and made its presence felt in my social life. Noisy dial-ups and tied up phone lines notwithstanding, I made good use of it, MSN Messenger-ing with the  same people I had seen in school just hours earlier. There was the  high when my crush logged on and we entered into conversations peppered with sms language (him) and excited questions and too long answers (me). But apart from these conversations, my greatest pastime was reading Inuyasha or Lord of the  Rings fanfiction, or and taking ‘personality tests’.

These things have made a comeback, thanks to the  Internet’s greatest  popularity contest, Buzzfeed. But they’ve been around for ages, and I think my devotion to them at 13, a weird, 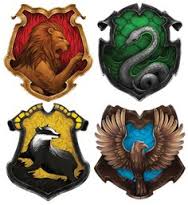 in-between, annoying age, is telling. I might have dismissed it as ‘just me’ if it weren’t for the  fact that so many of the  books I read at that age, especially the  fantasy ones, dealt with these ideas too, and so explicitly. The  fascination to know oneself has persisted: what else explains the fact that, despite smart commentators and readers calling out the  stupidity of the  Hogwarts Sorting, so many of us continue to take those Pottermore quizzes, to discuss our Houses with our friends, and attempt to ‘Sort’ the  characters of shows we watch, or the  real people we see on TV? The Hogwarts Sorting, though far from perfect, at least points towards certain traits in the  characters, or what they hold as most important at that moment. It’s more than most of us can say about our ‘House’ sorting in school, where people are literally just shuffled into teams on the  basis of numbers.

And as much as Rowling might show us that the  Sorting is almost entirely random, that it’s literally done on the  basis of an eleven year old’s current frame of mind and understanding of herself, we continue to put some store in it. The  thinking behind the Sorting is what drives us to figure out what our Patroni would be, wands, Animagus and now, Ilvermorny houses. All of these results go some little way towards telling us something about ourselves we’ve long suspected, wanted to confirm. For instance, the  Pottermore test told me my Patronus would be a black mamba snake, which makes me feel mysterious, sexy and powerful. If only I knew it weren’t a computer algorithm producing this result, I’d feel even better about it.

The  ‘daemons’ of Pullman’s Dark MAterials books are literally aspects of the  human soul given physical form. When a daemon ‘settles’, takes on its permanent shape, it reveals something about the  person it belongs to. For instance, a person who enjoys exploring, moving from one place to the  next, mentally or physically, may have a bird daemon, or a faithful and steady persona be paired off with a dog. What’s even more interesting is that the  sex of the  daemon is usually the  opposite of that of its human, though Pullman does mention a character whose dog daemon is male, like its master. He leaves unclear the  implications of this, which is a trifle surprising in an author who dared to literally kill God in his books.

But knowing yourself is one thing, it’s another entirely to wear that knowledge on your sleeve and let the  world see it. That’s what the  Sorting does: brand you for life in a small, small world where people make snap judgments based on your mindset as an eleven-year-old. The  daemon bares your soul, literally, and allows people to make decisions about the  kind of person you are, with no hiding or space for misreading. You’d have to get really, really good at dissimulation in a world like that. Thankfully, with social media, we’re making huge strides in that direction. So maybe we’re finally daemon-ready; the  filters have trained us well.